We’re all busy. Between work and home and family – and maybe trying to take care of ourselves just a little in there somewhere – time is at a premium.

Bullying has become a major issue among kids today.

Of course, it’s always been a “thing” to some degree. However, it seems the advent and prevalence of the internet have taken childhood bullying to a whole new level.

What do you do if you suspect (or find out) your child is being bullied?

A lot of what you should do, or the actions you can and should take if you think your child might be getting bullied, depends on several factors, including:

In general, however, there are some basic steps you should take no matter the answers to the above.

Here are 5 ways to help your child deal with bullying if it’s something they are currently dealing with in their lives:

1. Help them understand the bullying is not about them

Most often, bullies bully out of insecurity. They are dealing with their own issues and usually, lash out at the easiest prey—a child or children who will believe the things the bully says, does, or threatens to do.

Tell your child to imagine the bully as a baby who is tired or cranky and needs a diaper change and so they are “acting out.” This is the child-bully-buster-equivalent of telling an adult who is afraid of public speaking to picture the crowd in their underwear. It turns the big, scary, monster into somewhat of a joke that only deserves ridicule and not fear.

2. Most likely, if your child ignores the bully, he or she will go away.

Commonly, the best recourse against a verbal bully – one who teases, calls them names, or threatens them in non-violent ways (such as “telling everyone X,Y,Z” or saying they are going to “make everyone mad at them”) – is to simply ignore them.

But ignore them in a BIG way—as if they don’t exist. Make sure they understand if the bully can’t evoke a reaction out of them, they will more than likely move on to someone or something else.

If the bullying moves from verbal or generic “I’m going to beat you up,” type threats to something more significant, the situation needs to be elevated to a grownup. Most likely, the bully never intends to take it further. However, it has happened, and so you don’t want your child to take any chances.

The minute the threats become more tangible or specific – or increasingly violent – it’s time to get adults involved. Important, however, is that your child doesn’t use this as just a counter-threat with the bully. That strategy can (and often does) backfire and promote additional violence. Instead, if this escalates, your child just needs to go talk to the school official (or you or another adult) and then let the grownups hash it out, subsequently dealing with the bully from a mature perspective.

4. If the bullying turns or becomes violent, it has then become an emergency—and possibly, a crime.

Most often, bullying is a nuisance, and the bully is a pest. Sometimes, however, it goes further than that. The problem is it’s usually tough to predict which bully or bullies will take it to that next level and which one(s) is/are just acting out.

Similar to the above scenario, your child must know that if the bullying ever turns into physical violence – of any form, sort, or fashion – an adult MUST be brought into the picture. The child may fear doing that – afraid it will get worse. However, if another child is capable of violence at all, it is hard to predict where their “line” will be and your child cannot afford to take that chance.

Sure, this seems like a not-so-fun conversation to have with your child. And you’re likely right. On the other hand, the potential consequences of NOT having this discussion are even more harrowing. Better a little discomfort than perhaps a lot of regret down the line…

Your Top Orthodontist in Columbia, Orangeburg, Florence, and Greenville, SC
We love the friendly staff and professional service! Cody K.
Read Reviews
Meet Dr. Kerry White Brown
As an expert orthodontist in Columbia, Orangeburg, Florence, and Greenville, SC, Dr. Kerry White Brown offers innovative and effective orthodontics to patients throughout South Carolina. She has been setting the standards for delivering high-quality orthodontic care since 1997. Dr. White Brown believes in providing personalized care that’s focused on your comfort and satisfaction. By utilizing advanced technology and the latest treatment options, Dr. White Brown has transformed over 25,000 smiles in South Carolina and welcomes the opportunity to help you achieve your happiest, healthiest smile! Learn More About Dr. White Brown 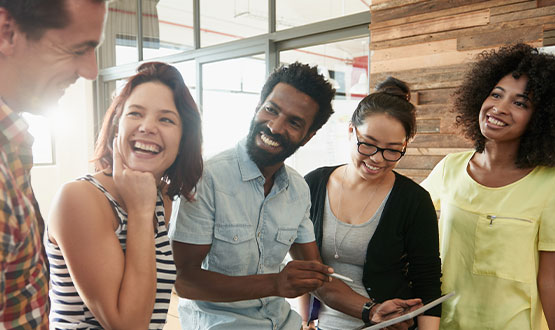